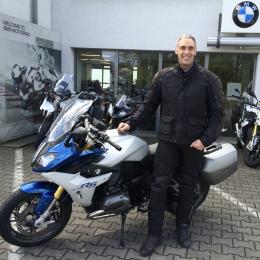 Michael Derek Spruell, 50, originally from Birmingham, AL, peacefully went home to be with the Lord surrounded by his wife, children, brother, and family on Wednesday, October 19, 2022, in Wooster, OH.

Roberts Funeral Home-Sherwood Chapel, Wooster is assisting the family.   Private military burial services are planned for a later date.  If you would like to leave an online tribute or message to the family, you may go to www.RobertsFuneralHome.com.

In lieu of flowers, memorial contributions may be made to the American Battle Monuments Foundation (https://www.abmf.org/donate/).

Michael Derek was born July 20, 1972, in Birmingham, AL to Kenneth Wayne Spruell and Patricia Ann {Wisener} Spruell.  He spent his childhood split between southern California and the southern United States.  An important part of his childhood was his MawMaw’s cooking, especially her southern buttermilk biscuits with chocolate syrup.  His childhood dream was to grow up to become a soldier.

Michael attended the University of Alabama before enlisting in the US Army.  In 1994 he completed Basic Training, Advanced Individual Training, and Jump School, graduating with honors from both specialty schools.  He was awarded the Army Lapel Button, Humanitarian Service Medal, Overseas Service Ribbon, three Army Achievement Medals, the National Defense Service Medal, the Army Service Ribbon, the Sharpshoot Marksmanship Qualification with Rifle Bar, Parachutist Badge, and Driver and Mechanic Badge with Mechanic Bar.  He served as Army Airborne MOS 52D1P Power Generator Mechanic at the rank of Specialist E4 in Company B, 1st Battalion, 58th Aviation Regiment in Fort Bragg, NC until his honorable discharge in 1997.  Among his proudest achievements was being selected as the soldier of the quarter.

He continued his service as an active reservist for two years during his education at Lee University where he earned his Bachelor of Arts in History in 1999.  After graduation, he volunteered for an active deployment as a Chaplain’s Assistant (71M20) stationed in Giebelstadt and Giessen, Germany and Camp Bondsteel, Kosovo.  He was awarded the Armed Forces Reserve Medal with “Mobilization” Device.  He remained in Germany following this active duty, serving as a civilian educator and administrator for active duty servicemembers stationed in Europe.  In 2007 he completed a Master of Arts of Education demonstrating his commitment to the education profession.  He was employed as the Associate Executive Director of Europe Campus for Embry Riddle Aeronautical University.  Prior to that he was the Associate Dean for Central Texas College Europe.

For over 20 years, Michael made Germany his home, while serving America and its people.  He was fluent in the language, loved the culture, the festivals, the food, driving without speed limits, and enjoyed getting lost in the countryside.  His first marriage resulted in the gift of twin boys, Lance and Laurance Spruell.

He later married Ruth Cuevas on November 20, 2020 after a long courtship.

Michael was called many names throughout his life by those who loved him - Derek, Mike, Bubba, Michael, Gump, Go-Go, Paps – they all reflect when and where he knew them throughout his life or different aspects of his personality.  He was an adventurous soul who loved finding what was over the next hill, riding his motorcycle, and exploring with the people he loved.  He always found the good in everyone and had no problem making fun of himself.   Michael loved the Lord and gave his heart to him when he was a young man.  He was the friend or acquaintance that would help you out in the rain or drive the elderly neighbor around for her errands all afternoon.  He loved his job because he loved working with soldiers.  Despite living abroad for the latter half of his life, he always loved America and especially Alabama.  He would shout out “Roll Tide” with his deep, booming voice to anyone wearing Crimson and White no matter where they were in the world.

His favorite pastime was doing anything and everything with his sons; they spent many weekends hiking, metal detecting, and shooting Nerf guns in the forests of Germany and France or engaged in endless hours of videogame battles. Together with his wife and children, they visited museums, monuments, and memorials across Europe and planned both weekends and vacations alike around the things he loved.  Michael enjoyed life in all its forms and is remembered for his kindness, generosity, and gentle spirit. He loved many things that life had to offer but especially loved classic cars (the first-generation Mustang Fastback was his favorite), riding bicycles, canoeing, travel, shooting guns, Elvis, running, a good afternoon nap, lifting weights, French pastries (especially the strawberry choux from Daniel Rebert in Wissembourg), fine Thai food, chocolate covered raisins, eating at the DFAC, pecan pie, southern BBQ, and motorcycles.  He had a deep appreciation of history, especially military history. Germany became his home but whenever asked, he was proud to say he was from Alabama.  Whenever possible, he shared his love of history and made his own with family and friends.

He spent his last months fighting bravely, graciously, and valiantly against the cancer that took him from us too soon.