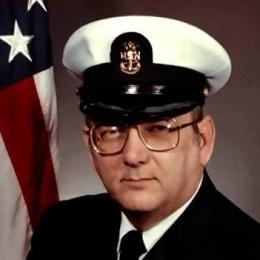 Gerald C. Havens, 74, died on September 17, 2021 in his home, with his family by his side.  Aviation Storekeeper Master Chief Petty Officer Gerald “Jerry” Havens was a native of Rome, New York.  He graduated from Rome Free Academy in June of 1964 and joined the US Navy in July the same year.  Attending Naval Training Center (NTC) in Great Lakes, Illinois he went on to attend Aviation Storekeeper “A” school at the Naval Air Technical Training Center (NATTC) in Memphis, Tennessee.  Upon graduation he his subsequent tours of duty were as follows:

AKCM CM Havens was awarded the following medals and ribbons during his illustrious military career:

Jerry commenced his second career in civil service, working in Family Programs for the Navy and for the Army, from which he retired on March 30, 2015, having accumulated 52 years of military and civilian service, the majority of which was in Japan.

He was proceeded in death by his father, Howard Havens, mother, Dorothy Havens, and sister, Phyllis Krombach, all of Rome, New York. He is survived by his beloved wife of 33 years, Rose (Gutierrez); his brother, James “Jimmy” Havens; his son, Howard James Havens; his daughters, Maria Piekarski, and Maria Estela (Shawn) Huddleston; ten grandchildren, one great-grandson, and many dear nieces and nephews.

Master Chief Petty Officer Gerald “Jerry” Havens, as you disembark from us, we will remember your love as it leaves lifelong memories behind. Fair Winds and Following Seas.