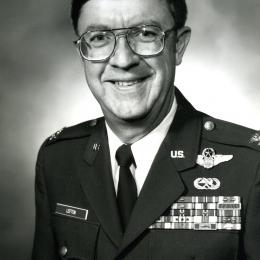 Jerry was born on June 16, 1939 in Williamsport, IN to Ray and Betty (Routzahn) Lefton. He grew up in Attica, IN where he attended high school and played on the varsity football team. He went on to receive his B.S. in 1961 from the United States Air Force Academy, where he was part of the third graduating class. While serving in the Vietnam War, Jerry met his wife-to-be, First Lieutenant Sue Shuler, an RN in the USAF.  They married in 1966 and moved from coast to coast as they raised two children together.  Jerry continued his education at Indiana University, earning an MBA in 1970.  Following thirty honorable years of service to our country, he retired from the United States Air Force in 1991, eventually settling in Pinehurst.  Jerry was a loving and supportive husband, father and grandfather, an avid golfer, and a proud member of the Tin Whistles golfing society.

Jerry is survived by his wife Sue of 56 years, his two children:  Cynthia (Thomas) Seputis of Arlington Heights, IL and David Lefton of Houston, TX, and his grandson T.J.  Interment will be held privately at the United States Air Force Academy in Colorado Springs, CO.

In lieu of flowers, donations may be made to the Tin Whistle Scholarship Foundation.