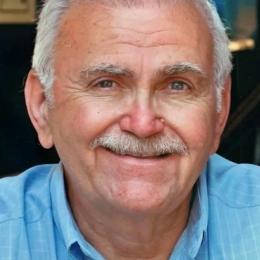 William P. “Bill” Horvath, 71, passed peacefully, but unexpectedly, January 4, 2021, at his residence in The Villages, Florida.  He was born in Wheeling, West Virginia and lived his early life in Blaine and Cleveland, Ohio.  In 1960, he moved to Westchester, Illinois with his parents Margaret and William.  A product of Divine Infant Parish (’63) and Fenwick High School (’67), Bill excelled in academics and all sports, especially football and hockey.  He enlisted in the U.S. Army out of high school, was honorably discharged as an E-5, received his B.S. Degree in Accounting (’81) and M.B.A. (’82) from the University of Illinois – at Chicago Circle.

Bill applied his education as he pursued a career as a CPA/civilian Director of Finance for military installations around the world in Germany, Korea and Holland, and in the United States at Fort Benjamin Harrison, Fort Meade, ultimately retiring as Director of Morale, Welfare, and Recreation at Joint Base Myer Henderson Hall.

Bill married Mary in 2008, spending the summers in upstate New York and, after retirement, wintering in Florida.  Bill was a true definition of a Renaissance Man: talented carpenter, home renovator, auto mechanic, pianist, antiques dealer, sportsman, marathon runner, skydiver, and avid racquetball, pickleball and poker player.  He caught the bug of wanderlust at an early age, trekking from Illinois to Alaska with high school friends and riding his motorcycle throughout Europe, never shying away from a road trip.

A memorial service will be held this summer in Ohio.

Donations may be made directly to the American Heart Association.